The green light at the end of Daisy’s dock is a significant symbol within the book. To Gatsby, the green light represents his dream, which is Daisy. To attain her would be completing Gatsby’s American Dream. The first time the green light is seen in the novel is also the first time Nick sees Gatsby. Fitzgerald writes, “…he stretched out his arms toward the dark water in a curious way, and, far as I was from him, I could have sworn he was trembling. Involuntarily I glanced seaward – and distinguished nothing except a single green light, minute and far away…” The green light is described as ‘minute and far away’ which makes it appear impossible to reach. This will prove to be true for Gatsby. The green light also represents society’s desire and the seeming impossibility of achieving the materialistic American Dream. 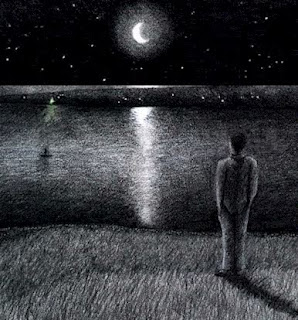 Further into the novel, it is revealed that Gatsby desire for Daisy is also his desire for the past. Five years ago, when Gatsby first meets Daisy and they fall in love, Daisy was the representation of status and wealth.
She was desired all the young men and for Gatsby to attain meant that he was the most worthy. In Norman Holmes Pearson's critical essay Reading a Novel--The Great Gatsby he describes what Daisy means to Gatsby, "She seemed to be the representation of what he yearned for: the platonic essence, the noumenal as he saw it through the phenomenal metaphor. She shone before him like silver, and he rode toward her as a knight rides toward his lady. And like America itself, with its Franklininan image of a society in whic there were no absolute barriers and a man could become what he wished to become, Daisy gave him the green light to move agead. Only it took money to buy the car to join the traffic." Here, Pearson likens Daisy to a tropy as "a knight rides toward his lady. She is meant to be the token of his success. He reinforces the idea that green light represents Daisy which is his dream. He uses the metaphor of traffic lights, where if he wishes to drive toward the green light, first Gatsby will need the money to buy a car. Which is ultimately what he does. He amasses this wealth to use in his pursual of Daisy.
However now when he desires Daisy, he also desires the past that he shared with Daisy. At the end of the novel Nick concludes the book with these words, “Gatsby believed in the green light, the orgastic future that year by year recedes before us. It eluded us then, but that’s no matter—tomorrow we will run faster, stretch out our arms farther. And then one fine morning—  So we beat on, boats against the current, borne back ceaselessly into the past.” This describes Gatsby’s inability to move on from the past. Everything he does in the novel is to try and recreate the past. In this metaphor, Gatsby tries to goes against the currents—or time—to reach the green light or his dream. And as in the quote, the green light which represents his dream, ‘recedes’ like waves year by year. 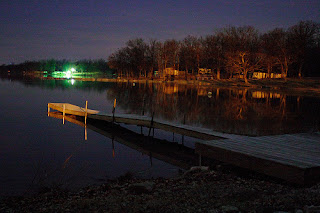